Interval on piano is the distance between two musical notes on this instrument and understanding and identification of intervals is important for learning to select right notes to be played at right times to build a perfect harmonious melody. In a melody, you can play different notes. Your notes would either remain same or it can go up or down. Intervals are basically leading to notes that either go up or down within a melody. For example the difference between C to E is third and that from C to F is fourth. These intervals go up to eighth from one C to another C and is termed as an octave. Intervals can be measured by half-steps and full-steps between notes and there are different methods involved in identification of these intervals. 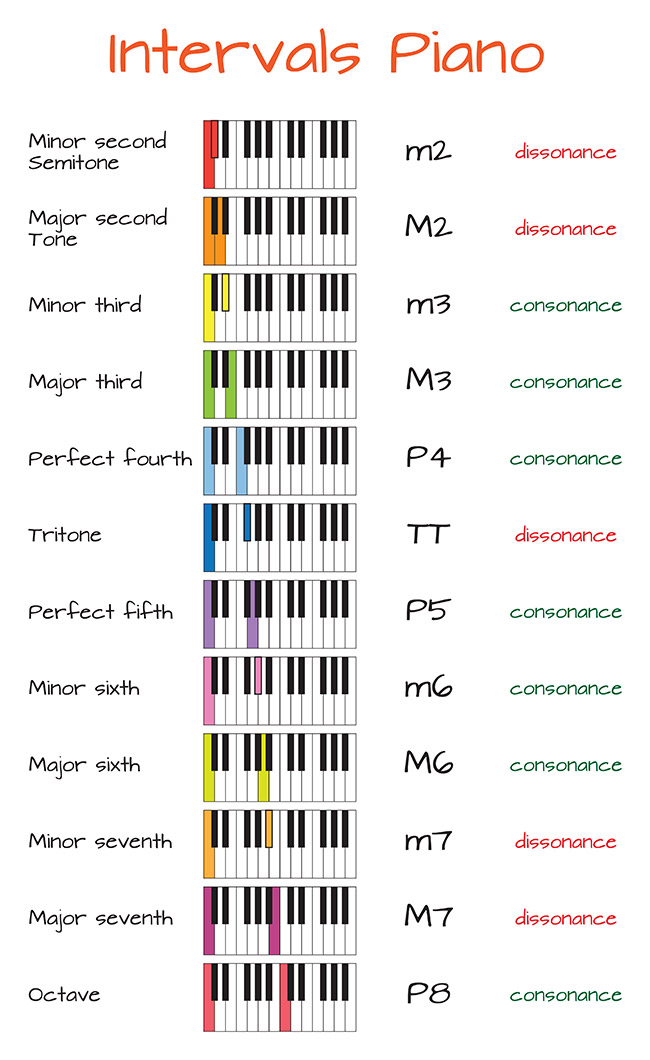 In the world of music, your training experience would need you to understand two basic types of intervals that includes harmonic and melodic.

Apart from these basic types, intervals can be defined in a variety of ways similar to scales. You can term intervals as major, minor, diminished, perfect and augmented. Understanding of these classifications would enable you to build harmonious music.Here we define some basic understanding of intervals:

Each of the interval is associated with a name so that it becomes easier for every musician to communicate in the language of music. This makes performing together much easier and gives a unified method of recognizing intervals.

Abbreviations used for these intervals include:

When we talk in terms of half steps, these intervals can be termed as:

How to Recognize Intervals?

Major and Minor Second: Let us first consider important intervals including major and minor second. Each interval on piano will include a beginning (root) note and an ending note. So for example you begin in the key of C. From C when you go to D, it means that you have gone to major second that is a second note from C. The D note is two half-steps away from C. This goes really simple.

But you must have noticed that there is a black note in between these two major notes C and D. That note in between is termed as Minor second which is only one half-step from C. So to make things easier for you, you can understand major and minor intervals as:

Major and MinorThird: Similar to the concept of seconds for intervals, when we consider distance from C to E, it is four half-steps away from the root note and thus is a Major Third. Similarly Minor Third would be three half-steps away that would be a black note towards the left of E.

Perfect Fourth: Now when you move to the fourth note from C in your scale, it is F and this F is Perfect Fourth interval in the key of C. One thing to remember about these perfect intervals is that these would never be major or minor but could only be diminished or augmented.

Perfect Fifth: Perfect fifth intervals would be fifth note in your scale or it could be termed as seven half steps that makes it G from C.

Major and Minor Sixth: A major sixth would be distance between root note C and A. Similarly to the left of A would be the black note that you can term as minor sixth.

Unison: Unison is the interval when two similar notes are played together.

Knowing interval would enable you to play almost any musical piece on piano. Not only it gives your ability to play well but it will improve your sight reading and ear training skills too. Here are some popular songs that learning each interval much easier for you.

Learning and recognizing intervals is an important aspect of becoming a fluent and pro pianist. For some it may be easier but for others it may be difficult to learn. Learning and recognizing intervals become easier when you associate correct learning methods. One of the best methods is to memorize popular melodies and associate all these different music intervals with those tracks. Once you prepare yourself to be able to do so, you will be able to translate almost any music on your piano. Although it would definitely be a time taking process involving trial and error. So what you need is complete focus and practices for gaining clear understanding of musical intervals. 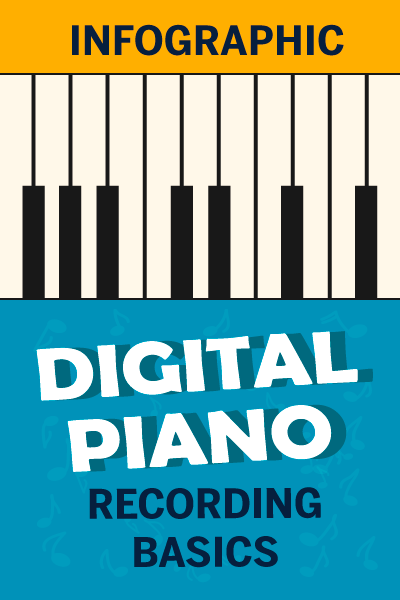